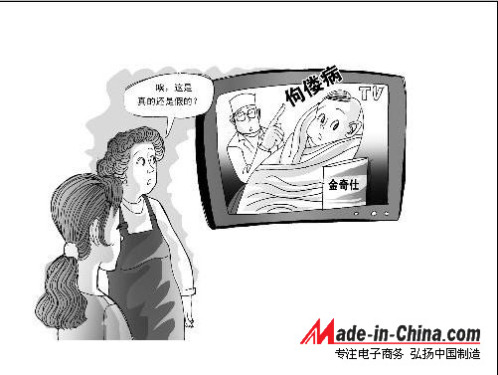 In March, after the â€œKanmenâ€ incident, Jin Qi Shiâ€™s products had quickly been taken off in some parts of the country.

Then the things that made people make eye-catching happen. A group of infant foods named â€œHealth Productsâ€ also quietly disappeared from the shelves of supermarkets and staged a â€œbutterfly effectâ€ in the pharmaceutical industry.

"It's not a health supplement, it's not a medicine, it's just food, just like bread." This is a complaint from a Hangzhou consumer, Ms. Yao, about "Jinqi Shiyu Cod Liver Oil." Ms. Yaoâ€™s baby is 1 year old this year. According to her, after eating three consecutive months of Jin Qi Shiâ€™s products, she has actually experienced rib eversion due to severe calcium deficiency, which is commonly known as rickets.

In an interview with reporters, Tianwei Dong, the managing director of â€œJin Qi Shi,â€ also admitted: â€œAll the products of Jin Qi Shi are foods, not drugs. They can only supply calcium and cannot cure diseases.â€

"Food" changed to "health products" into the industry rules

The management of health care products has always been a chronic problem in China. In the 1990s and early 2000s, the affluent Chinese people were more eager to further their spiritual enrichment and physical and health needs after satisfying their food and clothing needs. In this upsurge, many health-promoting products hit a sales myth, such as Hong K, three oral liquids, Peking University Selenium-rich, and three oral liquids set a sales of 8 billion for one year. Myths.

But after the unprecedented sales myth, it is a scientific statement of fragile management and nutritional value. The â€œThree Oral Liquids Drank the Old Man in Hunan Provinceâ€ incident easily punctured the rising soap bubbles. A year later, consumer confidence Rapidly collapsed and the three plants closed.

Since then, Chinaâ€™s health food management has been strengthened unprecedentedly. It not only strengthens the enterpriseâ€™s access system and product spot-checking system, but also strictly regulates and approves the approval of health foods, from production qualifications, product quality, approvals, and sales. , promotion and other aspects of strict control, to ensure that the health food "is not an accident."

An industry expert who specializes in producing "anti-cancer" oral liquids used by patients with advanced cancer said that at present, the country's approval of health foods is very strict. There is no one year and a half that can't be taken down. Companies can't wait, basically. All of them are production and sales approvals with foods, and they are listed first. As for the approval of health foods, as long as there are not too many problems, it is still a bit slow.

As for health products companies holding food production approvals to sell â€œdrugs,â€ the person in charge laughs. This is not a â€œhidden ruleâ€ at all. It is at least a clear rule.

Experts admit that in the current health care products market, fisheyes, counterfeit approvals, and exaggerated effects have greatly disrupted the market and hurt consumers' feelings. Some products have directly harmed the health of consumers. Eliminating counterfeit and inferior health foods requires the joint efforts of regulatory agencies, experts, scholars, and ordinary people to gain insights, drive poor quality products out of the health care products market, and protect the health of consumers.