Skip to content
<
Part II: Development Trends in the Dairy Industry Faced with such a â€œweakâ€ industry status, how do we look to the future? Where will the development of the dairy industry go? This is a question to be considered by all enterprises and related organizations in the Chinese dairy industry. If you simply answer this question from the perspective of marketing, I would like to talk about my ideas from the following two aspects:

First, the overall trend From the perspective of the environment, it is expected that in the next three years, the speed of urbanization in China will be further strengthened. By 2013, Chinaâ€™s urban population may exceed the rural population and become a truly national consumption driven by urban consumption. Coupled with the ever-increasing disposable income of urban and rural residents and the further implementation of the three rural policies and the development of the western region have entered a critical stage, in the objective environment, to provide a more favorable platform for the development of China's dairy industry. As long as the Chinese dairy industry can properly solve the four major issues mentioned by the author, the development prospects are still very optimistic. In the next three years, the Chinese dairy industry will at least exhibit the following characteristics:

1. From recovery to sustained growth We mentioned above that â€œrecovering consumer confidenceâ€ is a big issue for the Chinese dairy industry to solve. In the next three years, this issue will undergo a fundamental shift from "recovery" to "sustained growth."

According to the relevant data from January to July 2010, the consumption of each major category does show a recovery trend. Even if individual categories still decline, the overall development is still in a good direction. State authorities have made relevant predictions on the second bottom of China's economy. It is very likely that this bottoming out has once again arrived. However, for the dairy industry, in the most difficult economic times of 2009, it did not see too much. Obvious depression, which can be judged, if there is no major event once again sweeping the industry in 2011, then by 2012, coupled with consumers' "forgetful" nature, dairy consumption will go from "recovery" to "continuous growth." trail of.

2. Normal-temperature milk continues to play the leading role in an industry. If a category occupies more than 70% of the market, the pattern of the industry will basically be stereotyped and it will be difficult to change in a short period of time. This means that the normal temperature milk that accounts for more than 80% of the dairy industry continues to sing its "protagonist" play, which will not be overturned at least in the next three years.

I donâ€™t think â€œPanagia Milkâ€ will do anything. Although Pasteurized Milk has its advantages, it will not develop much in the next three years unless Yili and Mengniu give up its normal milk. Turn to pasteurized milk. So, what about Erie and Mengniu? Not too possible. Because, in doing so, not only do consumers quit, even their suppliers Tetra Pak did not do it.

If we step back 10 years ago and assume that Yili, Mengniu, Guangming, and Sanyuan are all making pasteurized milk, I believe that today must be the world of pasteurized milk. However, history has not developed like this, but it has given us no share in the developed countries. Categories are popular in China.

3, high-end products grow stronger The consumer mind has an intrinsic awareness, that is, "a penny and a goods," "expensive is good." Therefore, in the context of frequent dairy accidents, high-end products have grown stronger in the dairy industry and become the mainstream of future consumption.

In the dairy industry, the pioneers of high-end milk should be none other than Mengniu. So, what are the benefits of high-end products to Mengniu? According to statistics, the revenue from high-end products such as Telussu, Guanyi Milk, Xinyangdao and Zhenguo Granules has accounted for about 17% of Mengniuâ€™s total turnover, and will further increase to around 20% within the next three years. Even higher. When we analyzed Mengniu's profitability earlier, we mentioned that the direct benefit of these high-end products to Mengniu is to increase profitability. Well, this sweetness, Mengniu knows, and Erie knows, aren't other companies tempted?

Therefore, in the future of this increasing cost pressure, we have every reason to judge that the dairy industry will have more high-end, high value-added products, and even the "great", "luxury" level products.

4. Increase in the number of new product founders In recent years, dairy giants represented by Yili, Mengniu and Guangming have developed new product categories such as: low lactose milk, cereal milk, fruit milk beverage, live broth milk and many more. Some local companies have also made the same efforts, such as: "Sweet milk" of Xia Jin Dairy, "Red Date Yogurt" of Jun Lebao Dairy and so on.

However, the birth of the new category is very difficult, not out of the mouth, and there is a certain amount of gambling. Therefore, in the future, the failure rate of new products will rise in a straight line. Many companies will be able to see the phenomenon of â€œborn deadâ€ because of lack of scientific strategy and professional research.

5. Blind investment in high-profit products In this world, things that always retain their charm are "interests." In the face of interests, individuals, as well as countries, will be tempted. Enterprises are no exception.

Through the evolution of consumer demand, through the hard exploration of industry giants, China's dairy industry has witnessed a vigorous development of high-end products. However, due to the gravitational attraction and drive of the interests, this situation will not be peaceful, and it will soon be disrupted by those investors who â€œseek profits and forgetâ€.

In addition, the author wants to mention the development of active probiotic milk beverages. It stands to reason that this category should be single, but due to space limitations, temporarily return to low-temperature milk beverages. As the consumer's awareness of healthy consumption continues to increase, the market size of the active probiotic milk beverage market will continue to expand, and sales of brands with Japan's â€œYakultâ€ will continue to increase. According to the author's observation, "Yakultuo" has developed very rapidly in China and it has maintained a growth rate of about 40% per year. This shows that this category still has its development prospects. Regrettably, Prince Milk should have had a chance to become China's "Yakult," but it was abandoned halfway. I hope that in the future there will be a brand that will replace Prince Edward's milk and thrive in this seemingly insignificant category.

2, Yogurt For yogurt, "a function", "a group" will become a hot spot, namely: to promote digestion and intestinal health of probiotics and product development around the young group. Moreover, in the future, these two cross-development situations will also occur frequently. The majority of young people have "good-looking programs" and "favorable yogurt."

In addition, as the true growth period of the yogurt market has just arrived, the â€œuphillâ€ and â€œruralizationâ€ campaigns will also become the main direction, namely: the â€œuphillâ€ movement that â€œgrasped the consumption upgradeâ€ opportunities and the development of the third and fourth-line markets. The center's "Going to the countryside" campaign. In these two sports, the author believes that there will be a bustling scene of yoghurt and that major brands will scramble to seize the mind and grab the site.

Judging from the competitive situation, yoghurt will surely usher in a vicious competition, and this kind of competition is neither like normal milk nor milk powder. It will have a long battle between concept, price and channel penetration. New and old categories. With the intensification of replacements, companies will pay a huge price for this, and in the end, there may be brands and powerful companies that can truly survive, while other brands may suffer the tragic fate of â€œachieving success with their own sacrificeâ€.

3, milk powder milk powder is full of "suspense" category. On the one hand, scandals continue; on the other hand, the benefits are staggering. In the future, it must be the most competitive and cruelest category.

Besides, after the melamine incident, the parents of infants and toddlers had a fundamental change in their concept of consumption of milk powder. They shifted from the original concept of â€œprice and price considerationâ€ to â€œonly care about quality and do not care about priceâ€, which provided an opportunity for the development of high-end infant formula. . At the same time, many factors such as economic development, personal income, and social security also make people's spending power on infant products more and more intensified.

Moreover, the competition in the powdered milk market will not be like playing with so many concepts, prices or channels as yogurt, but rather the real functional enhancement and emotional penetration competition. If we say that the future competition of yogurt still stays in the channel-driven, then milk powder will completely enter the consumer-driven, and experience marketing will make a big splash in the field of milk powder.

4, cheese in an absolutely long time range, we can assert that the development prospects of cheese is beautiful. However, in the next three years, cheese will not have much development, and it will only take one step at a time. So why is the cheese market not like yogurt and milk powder? Why can't our advertisers "blow" up? There are at least three reasons for this:

The first is the price factor. A market survey by relevant agencies shows that the price is too high is one of the main reasons why consumers do not buy cheese. According to the survey, the cost of cheese on the Chinese market is about RMB 100/kg, which is expensive for consumers.

The second is the taste factor. Cheese is a kind of food with certain taste barriers. It is a process for Chinese consumers who are accustomed to eating tofu to never get used to it and never accept it.

The third is the concept of consumption. Most people in the industry believe that as a traditional nutritional food in China, soy products have been loved and recognized by consumers since the ancient times. It is not a matter of time for soy to give up on soy products and change to cheese.

Perhaps many manufacturers have also seen this and placed the hope of cheese on the "next generation". Children's cheeses of various tastes and functions have become the rookies of this category. The author believes that during the next three years, children's cheese and breakfast cheese, or even a fusion of these two kinds of cheese, will occupy the shelf space of this category and â€œcreate possibilities for dreamsâ€ in the seemingly unrelenting promotion. 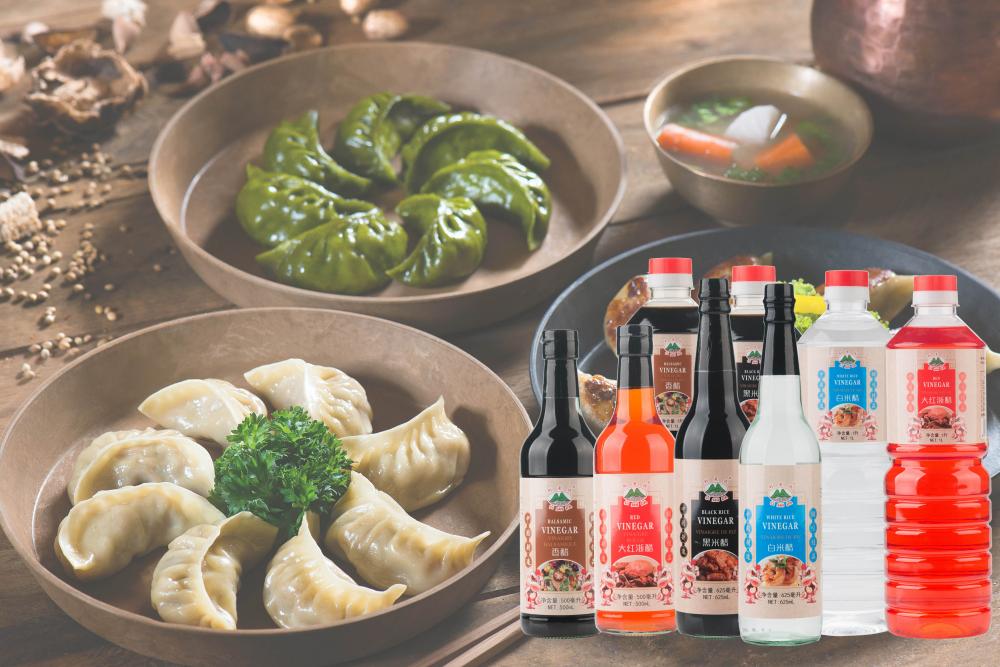 Our products have been exported to Europe,America,Africa,Asia and other overseas area with good reputation.We also accept a number of domestic and overseas well-known brands for consigned OEM business.